Ramnagar is eternally famous for housing the oldest national park in India and Asia i.e. Corbett National Park; also known as Hailey National Park was set up in 1936. Established and supervised by renowned hunter and conservationist James Edward Jim Corbett, the National Park was initiated to protect the endangered species of Bengal Tiger who are the real attraction of this park. It is the first one where Project Tiger was initiated and also forms part of UNESCO’s WWF Project. Nestled in the foothills of the Shivalik Mountains in Kumaon region of Nainital, Corbett Tiger Reserve is located in Dhikala zone of Ramnagar in Uttarakhand and covers an area of 520.08 km2. Besides, the temple of Garjiya Devi in Garjiya village, Seeta Baani Temple are also popular tourist spots in Ramnagar town. 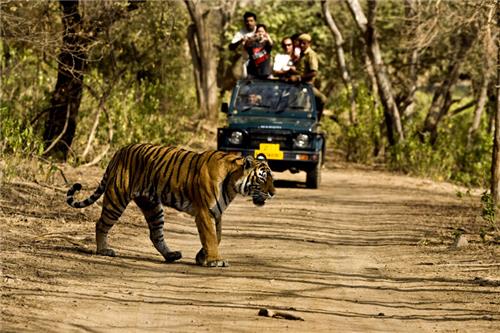 The park is spread over a vast expanse constituted of riverines belts, marshy depressions, grasslands, hills and a big lake. The Ramganga River flows through the forest and Tiger reserve and the Kalagarh Dam at the edge of the reserve is an ideal place for bird lovers and watchers. Corbett National Park and Tiger Reserve remains open throughout the year and it can be accessed from 5 gates namely, Dhikala, Dhangadi, Bijrani, Dhela and Jhirna. Of these, Dhikala is the most sought-after being located on the fringes of the forest near Patli Dun Valley as it falls within the core area and utmost wildlife can be observed from this area.

The intrinsic wilderness and beauty of the valley and forest from Dhikala is breathtaking and tourists can put up at Dhikala Rest House maintained by the Government of Uttarakhand. 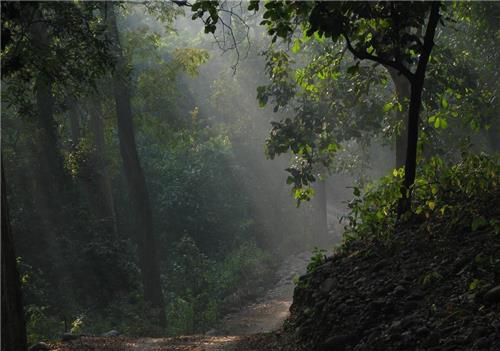 The best way to tour the park is to arrange jeep safari and elephant safari although valid permit is required to enter the buffer zones and the densely forested areas. Regular safaris are conducted twice in the day; one at dawn and the other in the afternoon. The Bengal Tiger can be spotted from the jeep jungle safari or atop an elephant.

Time to visit: The ideal time to visit Corbett Tiger Reserve is between mid November-mid June as the forest is inaccessible during monsoon because most of the roads get washed away and river currents over flood the stretches.

Do remember to carry cameras and binoculars for catching a better glimpse of wildlife and the surrounding mountains.

A popular shrine of Goddess Shakti, Garjiya Devi Temple is located in Garjiya village on the fringes of Ramnagar town off NH 121 (13 kms) at a stone’s throw from Corbett National Park in Uttarakhand. The temple is mounted on a huge rock in the middle of Kosi River which flows through the town and the surrounding view of the mountains and forests from the temple is breathtaking. The temple is dedicated to Goddess Parvati, a manifestation of Shakti and daughter of Giriraj Himalaya. Hence, it is also known as Girija Devi Temple. Thousands of devotees from neighbouring areas visit the temple everyday and especially on Karthik Poornima when a big fair is organized on the temple premises. Idols of Ganesha, Bhairon Nath and Saraswati also occupy a position inside the temple of Garjiya and tourists enroute Corbett Park can pay a visit to the temple and seek the blessings of the goddess. 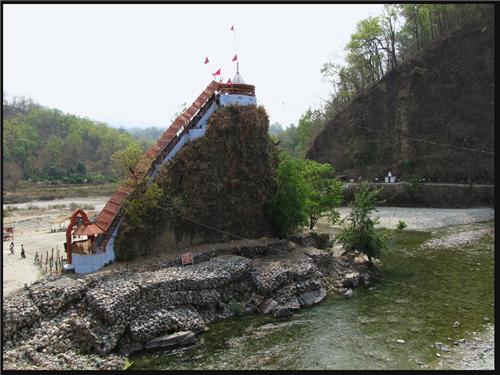 This famous temple dedicated to Goddess Seeta, companion of Lord Rama, is located at a distance of 20 kilometers from Ramnagar. The temple is famous and visited by devotees to seek good health, knowledge, family welfare, removal of debt, etc. Here on this spot it is believed Goddess Seeta gave birth to her twins Luv and Kush as well as entered the circuit of mother earth being scorned and shown disrespect by Lord Rama doubting her virtue. The temple comes alive during Ram Navami every year.

Other tourist spots near Ramnagar are Nainital, Ranikhet, Corbett Falls and Museum.